Rising up from the bed of the River Tyne, a voice that crumbles and soars, that is steeped in age-old balladry and finely-chiselled observations of the mundane, Richard Dawson is a skewed troubadour at once charming and abrasive. His shambolically virtuosic guitar playing stumbles from music-hall tune-smithery to spidery swatches of noise-colour, swathed in amp static and teetering on the edge of feedback. His songs are both chucklesome and tragic, rooted in a febrile imagination that references worlds held dear and worlds unknown. New album Nothing Important, released on November 3rd by Weird World, hypnotises from its tender dark whispers to its wild screams, an unparalleled voice in today’s over-preened and manufactured music world.

Listen to the title track ‘Nothing Important’ HERE.

Richard Dawson spent years incubating his singular art, becoming a quiet legend on the Newcastle experimental scene before exploding across the UK and Europe with the delicately observed personal lilt of his 2012 album The Magic Bridge. Invitations followed to perform at Kraak, Supersonic, and Latitude festivals as well as being lauded by Late Junction and the Wire, which saw him step musically and emotionally outside of Tyneside.

“Tyneside is a sort of borderlands, the border of the border if you know what I mean, friendly but not too friendly”, says Dawson of his hometown. “Still tough enough…The people here will rip the piss out of you. It’s a good thing. The land is rolling. There is some good lay line shit here, and open space, and sparkling water. I hadn’t been out of the country since I was a kid, and I have encountered such kindness, it’s humbling. But once you’ve been away your home square never looks the same anymore. When you are in new places you have no weight of memory and then the contrast of so much weight coming home hitting you can be painful.”

Both live and on record Dawson is a barrage of musical expression and personality. A shambling exterior, amidst tales of pineapples and underpants, ghosts of family members and cats, his stage presence is at once inviting and awe-inspiring. The visceral power of his voice against the lurching modality of his guitar lines conjures false memories of Tim Buckley and Richard Youngs duetting with Sir Richard Bishop and Zoot Horn Rollo. There is a rawness to the music that embodies timeworn singing traditions – the fire and pestilence gait of the Sacred Harp singings, the fractured call and response of the Gaelic Psalms, the unbridled power of Mongolian throat singers – its power tempered by intimacy, flecked with human emotion anchored by a sense of place.

“I have come to think of it as ritual community music. Perhaps you could call that folk music, but it is certainly not in the folk tradition. I hope it belongs to part of a wider tradition of north east artists, people like Jospeh Crawhall, Jack Common, Basil Bunting, John Martin and Peter Beardsley.”

Following 2013’s The Glass Trunk (an album Wire made their #4 of the year and which Stewart Lee named his Leftfield Album of the Year in The Sunday Times) Nothing Important is a journey into the mind of Richard Dawson, like a visit to a faith healer one’s own reality melts away as sinewy guitar lines ricochet beneath wavering, spitting lungpower. He picks out wandering melodies, with warped, atonal harmonies wafting in and out of focus; at times the guitar is a second ghostly voice, at others a growling primal stomp driving rabidly forward.

Like a good folk tale, there are twists in the tapestry he weaves, the everyday details breaking through – be it cans of Castlemaine XXXX or caesarean sections – these are yarns of a Northumbrian childhood, misremembered, overheard, full of death and trauma. This is not a folk record, but it shares something with the epic Appalachian ballads, or a full throated Methodist hymn – tales sung to ward off the misery of the everyday, to transport and transcend, one moment tender, one moment violent – this is music to alter our reality. 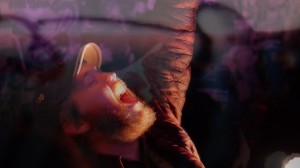 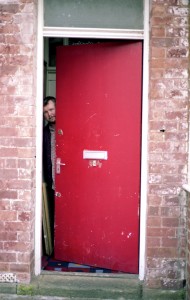 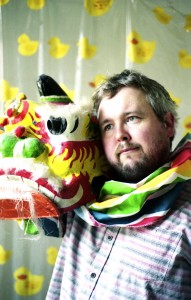