On How to Dress Well’s fourth LP, Care, Tom Krell sings about what it really means to care—for others, for the world, and for himself—with a voice which has more clarity and depth than ever before. Care is an exploratory, journeying record in which Krell employs a broad range of distinct styles and emotional tones in pursuit of the knowledge of what it really means to be a human in the world and how to do that in the truest way he can.

But Care is not a concept album about the act of caring. It is, Krell says, an “enactment of care.” In other words, he is re-learning how to care for himself and others through this music. “When I wrote these songs, I wanted to make myself feel right. I make music in order to try out feeling true, and weirdly I feel like it took me a long time to connect feeling true and feeling good.” For Krell, this is what care does.

The album is a beaming pop record, yet it is a natural step in Krell’s evolution. Now four albums deep, Krell has become something of a career artist, teasing out ideas from earlier records even as he pushes his sound in new directions.

When he released Love Remains in 2010, his voice intermingled with foggy instrumentals that blurred the line between sadness and ecstasy in unexpectedly beautiful ways. It was an auspicious start, and it paved the way for the follow up and debut studio recording, Total Loss. From then on, Krell’s voice has been front and center, his arrangements unflinching. By the time he released What Is This Heart? in 2014, he’d figured out how to jump into the pop music landscape without losing any of the hyper-specific lyrics that had previously defined his writing, or the meticulous sound design that made his early work so compelling.

Care is an open record. It is also ecstatic and honest. You can hear it in album opener “Can’t You Tell,” which is a celebration of sex, and a direct contrast to the beginning of What Is This Heart? which started off guarded. “I wanted to start this record with joy, sensuality and physicality instead of austere repression or depression,” Krell says.

“Can’t You Tell” sets the tone for the rest of Care, which is at times devastating, but also often unabashedly joyful and curious. It is an intimate album that goes big, filled with stadium-sized choruses, rollicking guitar solos, vocal tenderness and Celine Dion inspired melodies. There are moments that reach to new pop heights, reminiscent of Annie Lennox, Michael Jackson, or Young Thug at his most emotional; outré moments that flirt with the sonics of Far Side Virtual James Ferraro or the Durutti Column; and moments that touch the heart and recall early Spiritualized or Iris Dement. This is a record that makes us want to know each other better, hear each other clearer, and ultimately, to allow ourselves to feel joy.

There’s also a fair bit of non-hippie sex-positivity and thoughts about gender in our modern era. “I don’t wanna act like a man,” Krell sings on “What’s Up?” This has been an important refrain in his head over the past few years. Referring to the specific type of hyper-masculinity that’s been ingrained into the makeup of American males that he has been working against, he says, “there is a joyless man in a lot of people’s hearts and he has got to go. Or at least learn how to love and care.” Care is Krell’s attempt to nurture himself for growth and learn something by asking himself hard questions: “Where am I in my life? What do I want? Who do I want to love and know and why? Who do I want to fuck and why? What is love? What is lust? What is right? Who do I want to be? I always learn so much when I look at my lyrics and listen to my music: this is, weirdly, how I access myself,” he says. “I’m not great at introspection. It’s easier for me to make a song, let it act like a mirror and see where I’m at in this incessantly transforming thing.”

“I have spent most of my life confusing truth with a certain limited aspect of truth,” Krell says. “Call it a sad aspect—an especially male sadness that I guess I learned in high school from emo music and existential-type thoughts. I thought truth had to be a hard encounter with the abyss. I see now that truth can also be fun and even funny. Sadness is an unavoidable part of life, sure, but it doesn’t have to be twinned with faux-profound seriousness. Fun can be profound—or even just fun, and this can be profound.”

Care feels personal, like the work of one man rediscovering every component of his rich life, but it’s actually the product of a fruitful collaborative relationship with a group of trusted producers, including 21st century dancehall innovator Dre Skull, ambient sound sculptor Kara-Lis Coverdale, experimental electronic producer, Grammy award nominee, and regular How to Dress Well collaborator CFCF, as well as pop maven Jack Antonoff, who brought a polished sound to upbeat tracks “Lost Youth/Lost You” and “I Was Terrible.” The weight of Antonoff’s production, and the refined work of mix engineer Andrew Dawson (Kanye West, Pet Shop Boys, Sleigh Bells), further accentuate Krell’s remarkable growth as an artist.

The producers on Care are a diverse group, from many disparate corners of the music industry. Here, for the first time, Krell acts as an executive producer, coaxing unexpected sounds from his collaborators while allowing them to exist in their own separate contexts, even as they make music that slots seamlessly into the How to Dress Well discography. “It was thrilling,” Krell says, “to push and be pushed in turn by my collaborators. It was important all along this path to take the beautiful sounds these people helped me make and metabolize them myself, through my own vision, to touch absolutely every single element and study all the contours of this music—I felt nourished by everything we all developed together and it was easy to grow as a producer, arranger, and musician with their help.”

Care is an album about how we become who we are. How that’s sometimes out of our control but how it’s never too late to change. “It’s important to affirm yourself in the gutter, when you’re pathetic—there’s a lot to learn there,” explains Krell. “To not have shame and to learn from the stuff that might give you shame, because those moments are charged. This record is about letting yourself off the hook for not knowing you were building up patterns that your older self would have to really struggle to transform.” Emotionally tumultuous and unpredictable as well as incredibly brave and honest, Care is the sound of Krell opening up his entire world so that he can properly nurture himself and everyone listening. 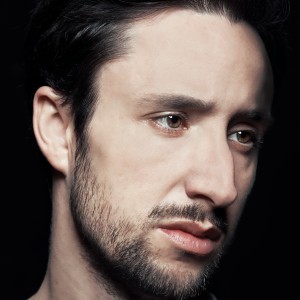 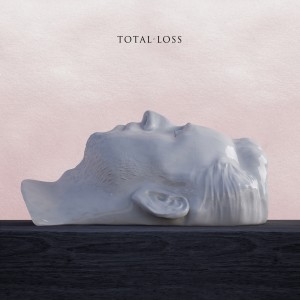