In this age of constant connectivity, switching off has become one of the great luxuries of modern life, and it’s one of the reasons Jaakko Eino Kalevi has called his new album Out of Touch. He explores what he calls this “essential, blissed out” state on this second album for Weird World – his first since 2015’s self-titled release – as he meditates, in classic Jaakko fashion, on the merry-go-round of the daily grind.

Drawing inspiration from time spent in Athens, on Out of Touch the Finnish songwriter broadens his horizons while focusing on his inner self. “Everyone knows the meaning of out of touch and it usually has negative connotations, such as lacking the latest information,” he says. “But to be out of touch can be the most ideal state.”

Written and produced by Jaakko Eino Kalevi in 2017 in studios in Helsinki and Berlin, where he lives, these ten new songs are among the richest he has composed. Ranging in style from the Gerry Rafferty swagger of ‘China Eddie’ and Motown psych of ‘This World’ to the Aegean dub of ‘Conceptual Mediterranean Part 1’ and continental pop of ‘People in the Centre of the City’, each song is characterised by that familiar JEK warmth and melodic flair. This album – his fifth solo set – feels like a natural step forward for an artist whose all-round skills have led him down some intriguing paths in the time since his last full-length. Notably, he played on David Byrne’s recent ‘American Utopia’ album, and in 2016 he was invited to join the line-up of Crammed Discs’ cult Belgian new-wave band Aksak Maboul for a run of shows. Last year, Jaakko’s synth act Man Duo released their debut album Orbit.

Much of this new record, he says, was inspired by the hazier elements of human experience: childhood recollections, nocturnal adventures, dreams and chance encounters. “When I was a kid, the things I was most afraid of were junkies and aliens,” he says of ‘Emotions in Motion’, one of the album’s many standout cuts. “I lived in the countryside and I was always happy to visit my cousin in the city because you’re more likely to get kidnapped in the countryside as there are fewer people for the aliens to choose from.” ‘You were afraid of junkies and aliens, but that is no more… those days are gone’, he sings in the chorus, looking fondly at a more innocent time.

For his lyrics, JEK seizes on the brief moments of lucidity that emerge from those situations. “The chorus on ‘Fortune Cookie’ is from a fortune cookie,” he says. “Songs work in the same way as those messages: you interpret them based on your own situation.” On ‘Outside’, which slides from a syrupy groove into a cosmic rush of Pink Floyd wig-out, he was inspired by a stranger outside a coffee shop. “This guy came out from the park and asked me if I would like to have the ‘perfect formula’ for the day,” he recalls. “I said yes, and he wrote something on this piece of paper. I used those words for the lyrics of ‘Outside’. He made me feel like his words were from exactly that moment, about the colour of my shirt or the sky at that time, but then I met this guy one year later and it was exactly the same.” In Athens, another chance encounter inspired the record’s opener ‘China Eddie’, where the titular Eddie appeared from nowhere to lead the musician home, lost after dark in the city following a late night in a bar.

As far back as 2011’s Töölö Labyrinth LP, named after his former Helsinki neighbourhood, a sense of place has been pivotal to the Finn’s artistic output. Although based in Berlin since 2014 – “sometimes I wonder what I’m doing in Germany” – his birthplace still wields some influence. On ‘People in the Centre of the City’, he recalls his time as a tram driver in Helsinki. “I began to notice that sometimes people in the city would have so much perfume on that the whole tram would smell really strongly but so perfectly. It’s so stupid I had to make a song about it.” For the record’s spellbinding closer ‘Lullaby’, he looks back even further, reconstructing a barely remembered song he first heard over 15 years ago, assembling the pieces from memory alone. “I made my own version just trying to remember it. I’m sure it’s not the same, it’s my best guess.”

He plays every instrument on his new record, including the gliding lines of saxophone that lace the record’s lush grooves. Aside from a lead saxophone part on ‘People in the Centre of the City’ by Jorja Renn (Bryan Ferry’s regular foil), additional vocals by Kari Jahnsen of Farao (also a collaborator on 2015’s ‘Everything Nice’ single) and consultation with his producer friend Sami Toroi when it came to mixing, the product is entirely Jaakko’s own. “I write and record at the same time, it’s easier,” he says. “I don’t have to communicate and explain my ideas, I can keep control and it all fits better that way. For the first time I was recording in a real studio. Before, I would always record at home and do the drums in the rehearsal room. Now I have this studio in Berlin and I always go there to push things forward.”

Having arrived on Weird World in 2013 as the first Nordic artist to sign to the Domino stable, Jaakko Eino Kalevi has continued to enchant and surprise with a string of otherworldly jams. From his ‘Dreamzone’ EP’s serene cut ‘No End’ to a street-smart disco EP for Beats in Space and a collaboration with DJ Sotofett on Honest Jon’s, not to mention the baroque pop of 2015’s self-titled album, whatever style he turns his hand to is guaranteed to raise a smile and radiate warmth.

On Out of Touch, a record that drifts beautifully from one misty, elusive sensation to the next, Jaakko Eino Kalevi offers a reinterpretation of that phrase. “You don’t always have to be in touch with the feed,” he says. “To be out of touch is to switch off, to not follow, to be in touch with the essential and the blissed out.” In our strange modern world, this is advice we should heed. 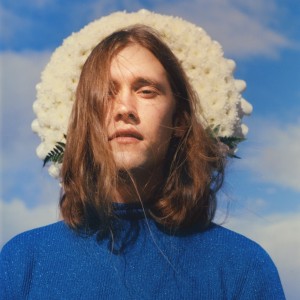