Company is the debut album by Slime, the nom-de-plume of producer and multi-instrumentalist Will Archer. At a time when electronic music feels dominated by brash bombast and hyper-real concept, its ten elusive, unsettling and emotional tracks offer a master-class in nuance and sincerity. Coalescing into one unique statement, Company is as distinct and fully-formed as any debut album in recent memory, a blurred window into a deeply private, focused and possibly-quite-unusual artistic vision.

By his early teenage years, Archer’s obsession with rhythm had led to a fierce interest in the then-nascent Dubstep movement that had begun in south London at the end of the 1990s but was just beginning to seriously infiltrate other areas of the country. A stint DJing in the genre’s emerging scene in the north east around this time allowed Archer to translate the precocious musical chops he’d been rapidly developing to a more electronic, production-based setting, quickly learning how to press dub plates of his own material.

Whilst the constraints of that (and in fact any) genre would soon be left behind in Archer’s journey towards what would become Company, the self-sufficient spirit of this formative time in Newcastle would remain as Archer spent the next few largely solitary years immersing himself deeply in Jazz, Hip Hop, Classical music and contemporary sound design. By the time he re-located to London in 2010 aged 18, Archer had become an autodidact, capable of turning his hand to just about any instrument. His recording debut, Increases, emerged soon after, and with that 6-track EP he was armed with a record that acted as a road-map of the direction to come – an intense, intimate and very beautiful brand of electronic music, both organic and alien.

A second Increases EP followed exactly a year later, further cementing Archer’s reputation as a serious new compositional talent. His music hadn’t gone unnoticed, leading to a number of commissions and collaborations over the next few years, including a performance of his original film score with a youth orchestra at the Tate Modern, and a diverse range of production and writing credits for established pop artists.

The real work, however, was – as ever– going on behind the scenes. In-between his public work and on-going education, Archer was spending almost every remaining waking hour holed up in a miniscule, window-less rabbit warren of a studio in Hackney amassing a staggering body of work. It would come to total almost 400 tracks by the time he took them to Dillip Harris (Mount Kimbie, Micachu) for mixing in early 2014.

Those 400 songs were eventually streamlined to just the ten that comprise Company, the ruthlessness of Archer’s editing testament not so much to a perfectionism (an overrated concept that can often be creatively crippling), but more so to his desire to generate a very specific set of feelings. Taken as a whole, Company has an undeniable sense of intimacy, as if the listener has chanced upon a secret late-night confessional. Unlike a lot of his peers, Archer prefers not to shout, expressing very direct ideas in a soft voice. Where there are clear vocals, as on ‘At Sea Again’ or ‘Patricia’s Stories’, they come from guest vocalists (Selah Sue and Jeremiah Jae, respectively), the vital mouthpieces through which Archer’s more extroverted ideas are channelled. When Archer does sing, as on ‘My Company’ and ‘Hot Dog’, he tends towards abstraction, suggesting emotion rather than describing it. Tied together, Company becomes obtuse, elliptic, alien, then suddenly melodic – which is to say, a little out of step with a lot of what else is currently around. More so, it feels borne of that same late-night ‘3am spiritual’ culture that defined late 90s electronica/instrumental hip-hop, music that was deeply personal and private, that was often hidden from the light but found a voice regardless. Archer knows there’s power in silence and restraint, because you need to lean closer to hear. 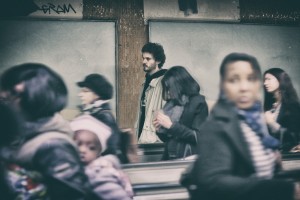 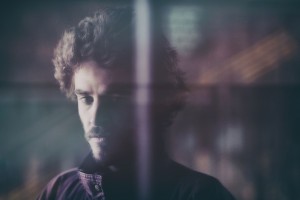