The music recorded by Ernest Greene as Washed Out has been nothing if not dreamy, but for his second full-length, he’s taken the idea of letting your mind wander to another state a huge leap further. On Paracosm, the Georgia-based musician explores the album’s namesake phenomenon, where people create detailed imaginary worlds. The concept has been used to describe fantasy lands like Tolkien’s Middle Earth and C.S. Lewis’ Narnia, and it’s at the heart of the 2004 documentary In The Realms Of The Unreal about outsider artist Henry Darger.

The idea of escaping is all over Paracosm’s lyrics, and it’s also the main thrust behind the music, which finds Greene distancing himself from the modes and methods that informed Washed Out’s previous recordings. No, he hasn’t thrown away his computer or synths, but Greene made a conscious decision to expand his sonic palette, which resulted in the employment of more than 50 different instruments, the most significant of which turned out to be old keyboards like the Mellotron, Chamberlin, Novatron, and Optigan. Designed during the middle of last century and made up of pre-recorded sounds with individual notes sampled for each key of the chromatic scale (the flute sound in The Beatles’ ‘Strawberry Fields Forever’ is a well-known example of the Mellotron in action), these relics allowed Greene to use his sampling expertise while also offering the flexibility to explore new creative avenues.

Paracosm will be released on CD (WEIRD029CD), LP (WEIRD029LP) and digitally (WEIRD029D) and will be available to pre-order soon. 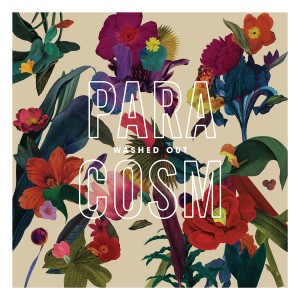